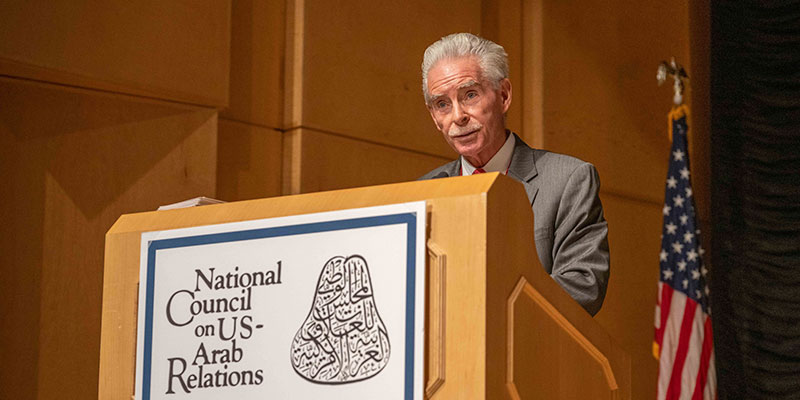 I am pleased to have been invited by the National Council to contribute to this session on the Sultanate of Oman and am honored to follow two such impressive and accomplished Omani speakers. I had the privilege of serving as the U.S. ambassador to the Sultanate from 2009 through 2012, a period during which Oman played a pivotal role in support of key U.S. policy pursuits.

Oman is, in many respects, a unique country, and has been particularly fortunate in the leadership it has enjoyed over the past several decades. The almost 50-year rule of the late Sultan Qaboos must be seen as one of the most remarkable periods of governance in the modern era. During his reign Sultan Qaboos transformed a closed, almost entirely undeveloped society – little education, little medical care, little infrastructure – into a modern, stable, and prosperous nation. During my time as ambassador in Oman, in 2010, the UN Development Programme published a list of the countries of the world that had made the most development progress in the preceding 40 years. Oman was listed first; China was second.

Oman’s unique aspects are, in many cases, its strengths. It is the most ethnically diverse Arab country, deriving from its history as an Indian Ocean maritime empire, with outposts and trading partners from present day Iran, to Pakistan, to the East African coast. This gives Oman and its leaders an appreciation of the value of openness and diversity.