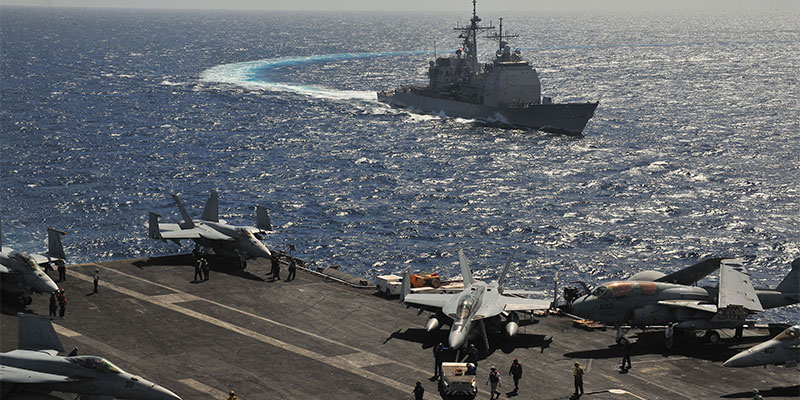 END_OF_DOCUMENT_TOKEN_TO_BE_REPLACED

Remarks delivered by His Excellency Dr. Abdel Aziz Hamad Aluwaisheg at the National Council on U.S.-Arab Relations 28th Arab-U.S. Policymakers Conference on 23 October 2019, in Washington, D.C. An abbreviated version of this article was published in Arab News on 25 October 2019. The views expressed here do not reflect the official views of the Gulf Cooperation Council or its member states.

Last month, during the general debate of the United Nations General Assembly, world leaders came up with numerous proposals, some new and some refurbished, about Gulf security.

Some ideas were advanced with good intentions as a response to Iran’s drone and missile attacks on Saudi Arabia’s oil installations on September 14. Some probably had ulterior motives. The Russian concept was based on effectively internationalizing Gulf Security, and does not take into consideration local alliances already in place. Although most proposals were motivated by those attacks, President Rouhani cynically proposed a security system to be led by Iran.

What most proposals had in common was the denial of local agency by the countries most threatened in the Gulf, ignoring their work in recent decades to establish a fairly robust collective security system. The peace and security of UAE, Bahrain, Saudi Arabia, Kuwait (and others) have been repeatedly threatened by Iran, its proxies, and terrorists it has trained, armed, and funded. The GCC was set up in 1981 as a security organization in part as response to Iran’s threats. The GCC is a political and economic body as well but during the past 38 years it has established an elaborate security architecture, which was crowned last November with the appointment of General Eid Al-Shelewi as the General Commander of the GCC Unified Military Command (GUMC). Overseen by the joint chiefs of staff of member states, the GUMC coordinates the work of all military services, including land, naval, air force, and air defences of member states. Despite the recent intra-GCC difficulties, the joint chiefs of staff and other officers from the GCC six member states have been meeting regularly, intensifying their efforts since May, with Iran’s escalation of aggression against international shipping in the Gulf and oil installations on land.

Counter-terrorism is a task handled by several GCC organizations, including the Secretariat in Riyadh and the GCC Police in Abu Dhabi, overseen by the ministers of interior, who have been meeting despite intra-GCC differences. GCC counter-terrorism efforts include addressing terrorism financing and extremism as well as targeting and apprehending suspected terrorists, both foreign and domestic.

The GCC security architecture is based on collective defense. For example, Article II of the Mutual Defense Treaty, concluded in 2000 and ratified by all member states, stipulates that GCC security is indivisible and obliges all member states to act jointly to repel external aggression. The GCC Emergency Summit held in Makkah last May invoked this treaty and joint action has since intensified.