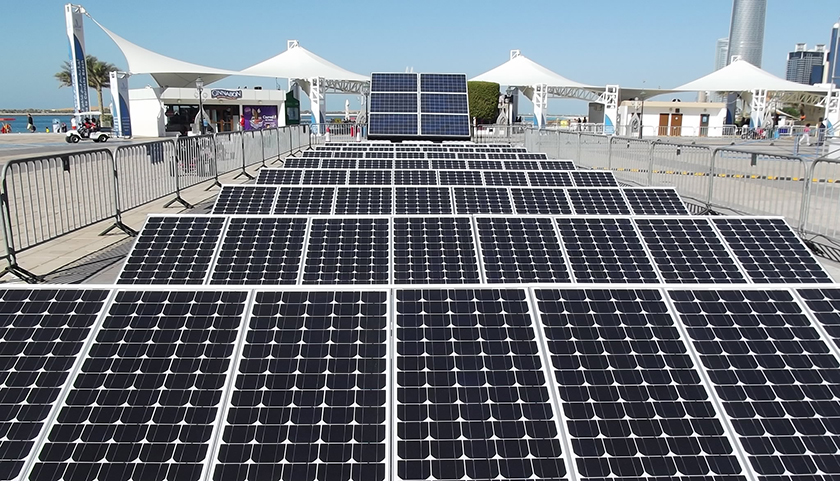 Drawbacks and Advantages to a Clean Energy Transition

One among other potential problems in this scenario is that of “stranded assets” (unburnable carbon), which would need to remain in the ground if significant emissions-reducing targets are followed across the globe. A difficulty like that, however, appears small if one considers the history of international climate negotiations and (slow) national progress in abiding to set targets. All the same, the GCC oil and gas producers, just like commercially operating companies, anticipate that they could face either the business-as-usual case, in which the world would continue to move ahead with only limited carbon-binding targets, or the potentially more challenging scenario of a world whose appetite for oil would decrease more significantly and rapidly than anticipated.

At the same time, there are those who argue that at least in theory a clean energy transition could be in the Arabian Peninsula hydrocarbon fuel producers’ strategic interest. This would be the case were the region affected greatly by the various negative consequences of climate change, including weather extremes and/or a lack of fresh water.

Considerations including recent uncertainties about the likely duration of the American trend in oil and gas fracking operations and future demand market dynamics have been at the forefront of concerns among researchers, policymakers, and decision makers in various Arab and other energy exporting countries.

Considerations such as these, including more recent uncertainties about the likely duration of the American trend in oil and gas fracking operations and future demand market dynamics, have been at the forefront of concerns among researchers, policymakers, and decision makers in various Arab and other energy exporting countries. This is why some of these countries’ governments have embarked on an economic path that includes alternative sources of energy. They are pursuing such measures not only with a view to preserving the region’s valuable natural resources. They also want to ascertain what additional benefits could emerge, such as national job creation and the furtherance of a regional knowledge economy. These benefits would shore up the belief that all members of the region have shared since the modern oil era began, namely that with oil being a perishable source of wealth, future generations must prepare for a time without it.

To be sure, the task of establishing alternative sources of energy in the region, alongside more renewable energy and sustainable environmental management, is yet to prove an easy process. This can be expected to be even truer in a region where national economic growth has for so long been dependent on the production and export of fossil fuels. GCC citizens for decades have expected and received the rewards of a unique form of a welfare state in which water, food, health care, education, and, over time, energy, as well as in many cases employment, have been guaranteed and supplied by the state. The extent to which trends in the composition and possible duration of new kinds of energy and demand management may fit within this framework is unknown. So too is whether attempts to diversify the regional energy mix through a greater use of renewables may involve opening up the national energy market to private capital and suppliers of energy, the latter being a former exclusive privilege of the state.

In acknowledging the steps they have taken to include renewable energy in their agendas, GCC governments underscore that these initiatives remain at their beginnings.

As such, in acknowledging the steps they have taken to include renewable energy in their agendas, GCC governments underscore that these initiatives remain at their beginnings. Among the constraints encountered has been a work-in-progress regulatory framework, as yet insufficient financial incentives, and limited private sector involvement in the energy sector. Nonetheless, sporadic – albeit numerically growing – “green” projects, such as small solar parks and experimental rooftop solar installations, show the potential for such new technologies not only to provide clean and increasingly economic energy supply options to the GCC, but also to create valuable employment for its progressively skilled, technology-driven population.

The degree to which nuclear power may form more than a marginal part of the region’s energy base within the next ten years is another unknown. The UAE is currently the only GCC state with an advanced civilian nuclear program likely to deliver electricity before the end of the decade. Saudi Arabia, whose nuclear development thus far has been confined to medical use in hospitals and research laboratories, has stated plans for some 18GW of nuclear power capacity by 2032 as part of its ambitious strategy to raise the share of alternative energy sources in the country’s electricity sector from zero to more than a third of its total production capacity. However, these plans seem to have been pushed back to 2040.

Nevertheless, one is seeing some encouraging developments in renewable energy deployment and in reform of domestic energy market policy. Qatar, Saudi Arabia, and the UAE have all begun to explore renewable energy technologies, particularly solar power, of which the region has plenty. Abu Dhabi hosts one of the world’s largest concentrated solar plants, Shams-1, while Dubai’s Al Maktoum Solar Park in 2015 achieved photovoltaic costs of below U.S. cents 6/KWh – a record low achieved through world-class resources and a competitive bidding process that invited private technology producers to vie over cost. These initiatives have decreased technology costs to a level unthought-of only a few years ago. Most GCC members have meanwhile issued plans and alternative energy targets, and late 2015 and early 2016 have witnessed an unprecedented shift in regional policymaking in the form of a series of national energy subsidy reforms. Gradual subsidy reduction in energy prices has been introduced with the expected effect over time of lowering the region’s vast per capita energy consumption rates while simultaneously decreasing what has previously been a significant share of government income and spending.

The remarkable lesson from the past months is that progressive policymaking and bold economic reform need not unleash a political storm in the Gulf region, as some had feared.  Indeed, “green” is now a popular buzzword among business circles and governments across the GCC, and the UAE’s highly visible fuel and utility price reforms of 2015, followed by similarly bold moves in Riyadh, Doha, Manama, and Muscat, have been implemented more swiftly and smoothly than some had predicted.

The remarkable lesson from the past months is that progressive policymaking and bold economic reform need not unleash a political storm in the Gulf region.

This kind of “quiet” revolution in the region’s energy sphere is notable. It offers tentative prospects that under the optimum combination of regional policy instruments, Middle East economies – and those in the Gulf in particular – can stand for so much more than fossil fuels. It is also a reminder that perhaps the best kind of “revolutions” happen quietly, in the background and during “good times,” before the need for reform becomes associated with economic difficulties.