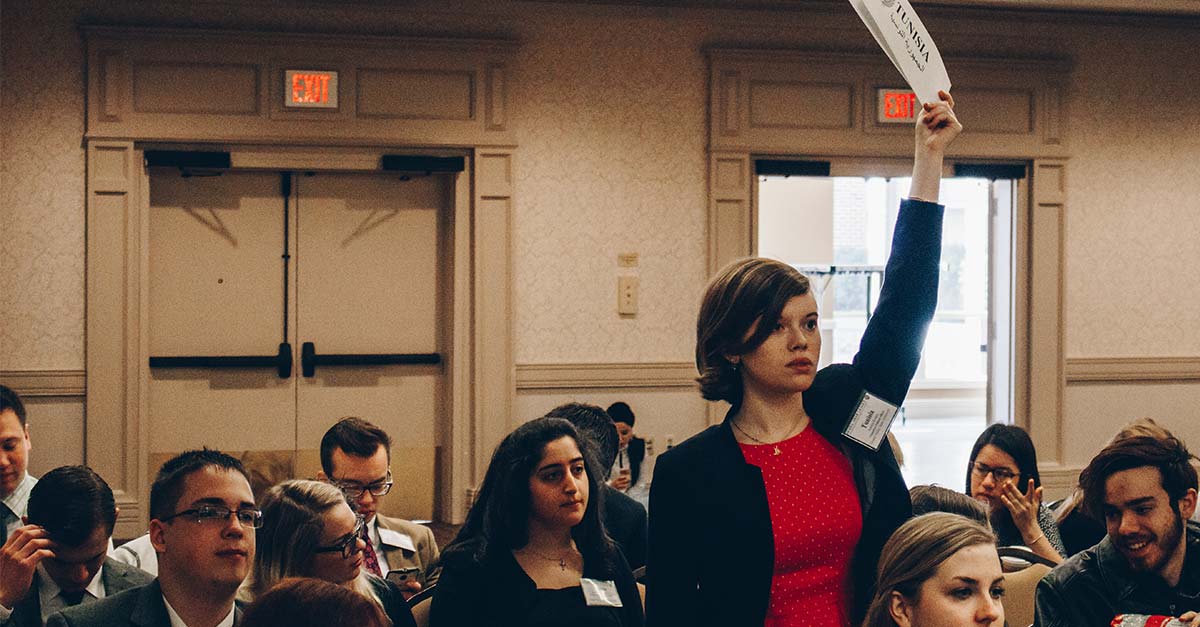 PLEASE NOTE: Not all Models will have all Councils.  Please look at your specific Conference Page or contact the Local Coordinator or the National Council Student Programs Coordinator for your model to find out which Councils will be represented.

1. Proposing a standardized, League-wide policy on nuclear technology, including weapons and other forms such as energy.

2. Resolving the territorial disputes caused by climate change, such as water and food insecurity.

3. Assessing the likelihood of artificial intelligence creating cybersecurity threats as the technology for it progresses.

3.Considering ways to protect journalists from violence and unjust imprisonment in Palestine

1. Discussing the relationship between international and local regulators as a means of addressing corruption throughout the Arab League.

3. Exploring avenues to resettle and reintegrate ex-combatants and their affiliates.

4. Examining the impacts of global shortages on Arab League states.

1. Evaluating methods of mitigating water insecurity in the MENA region, with special attention to women and refugees.

2. Discussing possible changes that could be made on an individual state and league-wide basis to better achieve equality as outlined in the 2004 Arab Charter on Human Rights.

3. Exploring the relationship between minority populations in the region and their access to education as an aid to social mobility.

4. Discussing the rising rates of Internally Displaced Persons (IDPs) and ways to implement protections for both IDPs and stateless persons throughout the region.

1. Evaluating the effects of droughts and how they relate to food production and food access in the MENA region.

2. Analyzing the effects of deforestation on natural resources and biodiversity across the region.

3. Assessing the waste management infrastructure in the Arab region and devising means to make it more efficient and sustainable.

4. Examining the effect of extreme heat and devising strategies to combat wildfires and resource loss.

1. Looking to the future by forming a strong, digital economy in the region.

2. Connecting and assessing advancements in the MENA space sector to the diversification of the economy and sustainable practice opportunities of the region.

4. Analyzing ways to increase the safety of working conditions as a League in order to improve worker retention.

Summit of Arab Heads of State

1. Exploring the preservation of national monuments and historical artifacts during conflict as well as recovering them from other states.

3. Evaluating methods by which the League can combat climate change and desertification.

4. Examining factors which contribute to illegal arms flow within and through the Arab League and devising strategies to combat this flow.

Special Council on Medicine and Healthcare

1. Designing and improving strategies to ensure the safety of medical professionals in active combat zones.

2. Coordinating within the Arab League in order to improve methods of increasing equitable access to medical care

3. Establishing strategies and frameworks to retain health and medical professionals in Arab countries

4. Ensuring the existence of and access to disability care and treatment in the Arab League.

1. The League of Arab States (represented by Saudi Arabia) v. Egypt: Regarding the Egyptian deportation of Eritrean citizens seeking refuge

2. The League of Arab States (represented by Tunisia) v. Morocco: Regarding the arrest and sentencing of journalist Omar Radi

3. Sudan v. Egypt: Regarding the status of Borders and Territorial Governance concerning the historically disputed territory of the Halaib Triangle

4. The League of Arab States (represented by Bahrain) v. the United Arab Emirates: Regarding the mistreatment and trafficking of workers under the Kafala system