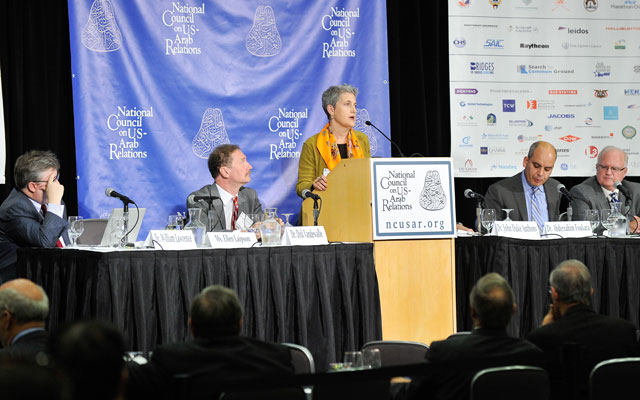 His Excellency Dr. Elkalani A. Alsalim, Minister of Finance, Government of Libya

His Excellency Ali Aujali, Ambassador of Libya to the United States

Press Release from the National U.S.-Arab Chamber of Commerce

This essay from Dr. Anthony analyzes the multifaceted implications of NATO’s interventions in Afghanistan, Libya, and Iraq. It was written for the website of the Abu Dhabi-based Emirates Center for Strategic Studies and Research (ECSSR). The ECSSR is one of the GCC countries’ oldest and most productive think tanks and research institutes on public policy issues. A shorter version of this essay was published on the ECSSR website and can be accessed here: http://bit.ly/oQzeAV.

“An Update on Libyan-U.S. Relations – The Process of Renewal”

THE TURNING OF A NEW CHAPTER IN U.S.-LIBYAN RELATIONS