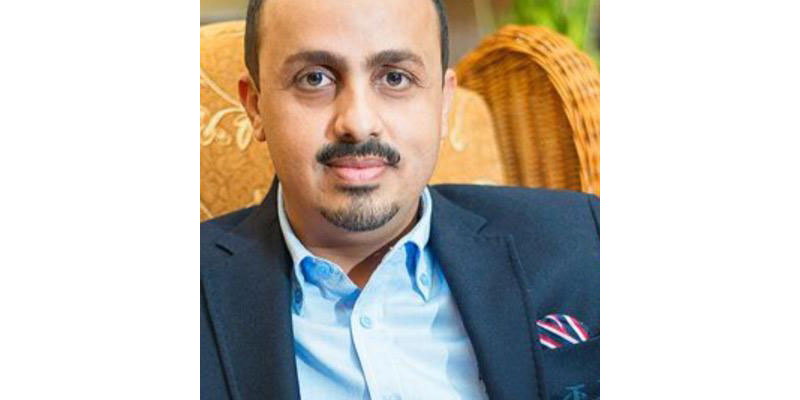 This silence is interpreted as a kind of appeasement to the Houthis in exchange for their participation in the so far stalled peace process. The linking, by some, of the designation of the Houthi militia as a “terrorist organization” and the prospect of a peaceful solution to the crisis is inaccurate. For six years, the militia has undermined efforts made by the international community to end the war and bring peace. The militia has turned against all agreements, including the Sweden agreement regarding withdrawal from Hodiedah, lifting the blockade on Taiz, and the exchange of all prisoners and abductees.

Instead of responding to calls for de-escalation and taking into account the humanitarian situation, the Houthi militia is constantly heading towards more military escalation. The latest of was on the fronts of Mareb and Al-Jouf, and launching terrorist attacks, using Iranian-made drones and ballistic missiles, on civilian objects and energy sources in the Kingdom of Saudi Arabia, threatening navigation in the Red Sea and Bab al-Mandab by operating booby-trapped boats, and indiscriminately deploying sea mines, disregarding the bloodshed and the human cost of the conflict.

Indeed, Iran’s hostile policies have escalated recently since the arrival of the Iranian Quds Force officer, Hassan Erlo, to the hijacked capital, Sana’a, with intensification of fighting and an increase in the frequency of terrorist attacks. These further revealed the Iranian role in the crisis, the submission and dependence of the Houthis on the Iranian regime, and its movement over the past years as a proxy for managing Tehran’s political, economic, and military battles as well as settling its regional scores, spreading chaos and terrorism in the region, and threatening international interests.

Events and experiences have proven that the international community’s strategy to turn a blind eye to Tehran’s role in managing and supporting the Houthi coup, and the attempts to move the militia away from the Iranian axis of evil, rehabilitate it, and integrate it as part of the political settlement and peace building process in Yemen, have not worked.

The worst thing is that this is not the first experience of the international community in dealing with armed militias that turn against the state for political and personal interests. We have seen how not serious negotiations with Sri Lanka’s armed group, the Tamil Tigers, have prolonged the war and claimed hundreds of thousands of people’s lives. Likewise, the experience of the international community with Liberia, Sudan, Colombia, and other cases around the world have shown that the lack of seriousness in dealing with the conflicting parties, particularly with the lack of a firm accountability mechanism, makes the peace process and talks infertile, rather a crime in itself.

Likewise, allegations by some that the humanitarian operations in the Houthi militia-controlled areas could be affected by this step ignore the truth. They ignore the pressures and extortion the militia has exercised since the coup against international relief organizations, including the World Food Program, and how it stole food from the mouths of the hungry and distributed it to its fighters on the fronts, and monopolized it for the families of its militants, and sold it in the black markets to finance its sabotage activities, the “war effort,” which prompted many of those organizations to suspend their activities.

If the international community has taken a number of punitive measures against the Iranian regime and its branches in the region among the sectarian militias in “Lebanon, Iraq, Syria,” then it is more appropriate to deal with the Houthi militia on this basis and to include it in the terrorist lists, being more linked to Iran and representing a threat to regional and international peace and security.

So why the double standard when it comes to peace in Yemen? Aren’t the souls of Yemenis as valuable as the lives of other human being in the rest of the world? It is no longer acceptable for the international community to ignore the risk of the Houthi militia’s practices and extremist ideology, its hostile and racist slogans, its spreading of a culture of violence and hatred, its approach based on fighting and bloodshed, sectarian incitement, and its crimes and violations against humanity that are no less terrible than “ISIS, Al Qaeda.”

The international community, especially the permanent members of the Security Council, are called upon to fulfill their legal mandate and designate the Houthi militia as a terrorist group, in response to the calls of the Yemenis who have tasted scourges, and in respect to human rights principles and abiding by their duties in preserving regional and international peace and security, preserving the interests of the world, and confronting terrorist activities as well as to prevent Yemen from being a starting point for spreading chaos and terrorism.

The designation of the Houthi militia as terrorist organization has become an official and popular demand, to ensure justice for millions of its victims, women and children, for those who lost their loved ones, those who lost their limbs, those who disappeared behind the bars of their detention, including women, state leaders, politicians, media professionals, journalists, and activists, who were displaced and forced to flee from their homes, villages, and cities, and to ensure that these atrocities will not be recurred, and that the perpetrators will not enjoy impunity.